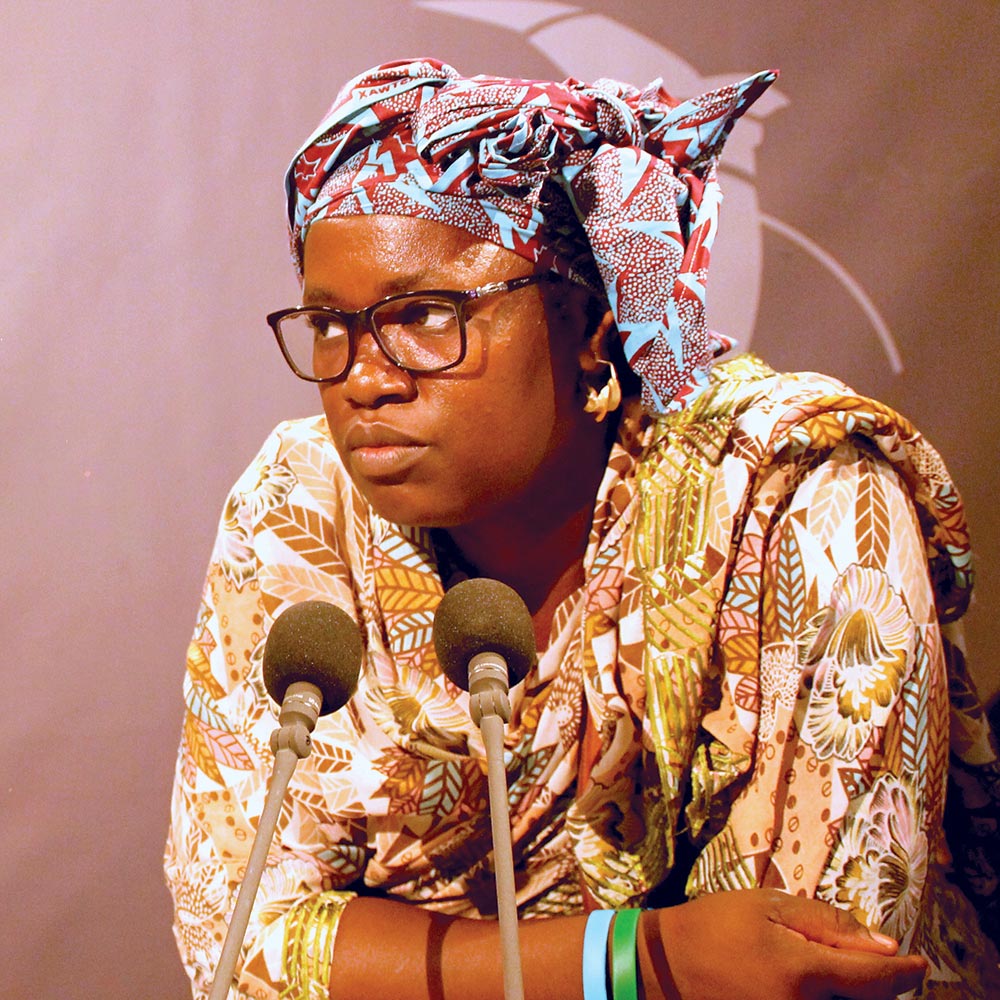 Fatouma Harber is a human rights defender, teacher and blogger based in Timbuktu. When the Islamist armed groups occupied Timbuktu in 2012, she started writing articles in her blog to speak out against the human rights abuses committed against civilians, and particularly violence against women. Initially, Fatouma tried to remain anonymous, but after her blog was nominated for a prize, she started to use her own name and to participate in radio and TV shows. She became well-known and she started receiving death threats. Her parents, who live with her in Timubktu, started to receive threats from armed groups. Despite the threats, Fatouma continued to document human rights abuses and to write in her blog. She also co-formed the #Mali100Mega Movement, that advocates for better and cheaper Internet access in Mali, and she founded the organisation Doniblog, a collective of Malian bloggers who write mainly about democracy and freedom of expression. Fatouma also created an association called Yermatoun, which demands justice for the victims in Northern Mali and works on democracy, youth empowerment and government accountability.