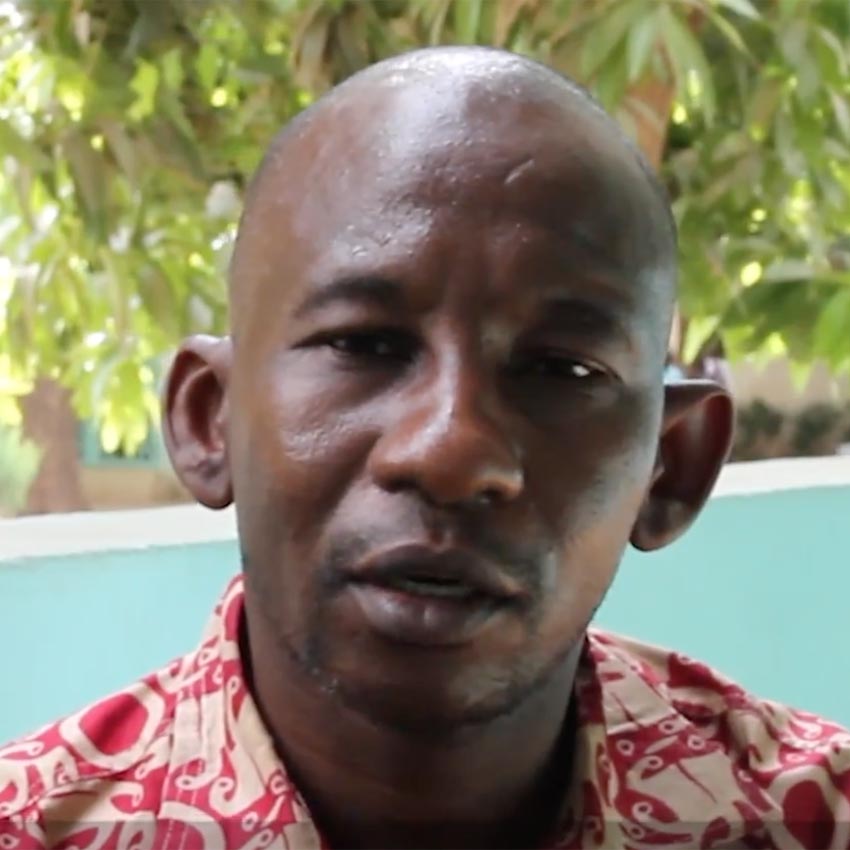 Mody Samba Touré is the Secretary General of the Regional Union of Workers Kidal (URTKi), a member of the executive of the UNTM (National Union of workers of Mali), vice-president of the Réseau des Défenseurs des Droits de l'Homme (RDDH), and director of the National Coordination of Victims’ Associations in Mali – La coordination National des Associations des Victimes (CNAV. His work focuses on workers’ rights, documentation of human rights abuses and support for victims of the 2012 crisis. In 2014, he survived an assassination attempt. Since then, he has been forced to leave his home in Kidal (Northern Mali) and he has moved to Bamako. Together with the RDDH, he has been involved in advocating for the law on protection of HRDs and the Law for the Protection of Victims.